Are you looking for sexy girls who fart as much as they want? Come closer and - do you already can smell it...?

Shanya and Chadam once again do battle. Shanya wearing her little white thong, decides to give Chadam more than he bargained for. As they were wrestling around, Shanya made Chadam submit with lots of her moves, but then used her reverse facesit to lock him into place. Now that Chadam's face is rammed in her ass, Shanya decides to let some good farts go right in his mouth and nose. 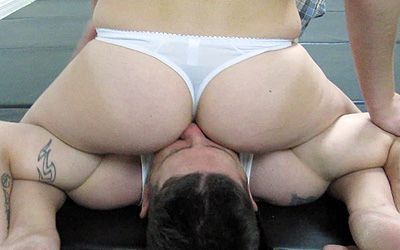